Drive along Main Street and stop in at Northeast Historic Film 207-469-0924, located in the old Alamo Theater. It began primarily as an archive to collect and preserve New England's film heritage but its scope has expanded and now includes a museum of sorts, exhibits on New England film history and a shop where you can purchase videos and books. In addition to screening films from its own collection, The Alamo also shows “almost first run” films on weekends.

Stroll along Bucksport's recently landscaped waterfront for a fantastic view across the Penobscot River to the high, graceful suspension bridge that spans it. Just at the far end of the bridge lies Fort Knox, a massive granite fortress built in the 1840s to defend against Canada in a border dispute. The fort was manned during the Civil War and Spanish-American War but never came close to any action. Today it is a fascinating maze of earthworks, long dim hallways, hidden courtyards and granite staircases. A flashlight will come in handy as you make your way through some of the darker rooms. There are also picnic tables on the grounds if you've brought lunch along. One can also ride the fastest elevator north of Boston to the top of the observatory tower on the new bridge; and on a clear day, see all the way to Mt. Washington, across the Penobscot Bay and north to Mt. Katahdin. This is the only bridge observation deck of its kind in the Western Hemisphere and is the tallest in the world. (Google map to the bridge.)

Searsport, just a few minutes drive beyond Bucksport, was a thriving shipping port in the 19th century, and many of the huge mansions that line Route 1 were built as ships captains' homes. This maritime heritage is well documented in the Penobscot Marine Museum 207-548-2529, a complex of 13 buildings filled with informative exhibits on ship design, trade routes, shipboard life and more. There are extensive collections of maritime paintings, portraits, Chinese imports and laquerware, scrimshaw and photographs. Eight of the museum's buildings are on the National Register of Historic Places. If Harbor Church 207-942-7162 is open as you pass by, be sure to stop in for a look at its nine Tiffany stained glass windows. The church is one of only 10 buildings in the country where all of the windows are Tiffany-designed.

Searsport is the self-proclaimed “Antiques Capital of Maine” so, if you enjoy antiquing, be sure to allow time for browsing through at least some of its many shops. The Searsport Antique Mall 207-548-2640 brings together the collections of more than 70 dealers and the Pumpkin Patch 207-548-6047 also represents multiple dealers of quality antiques. If you're in town on a weekend, check out the Searsport Flea Market with dozens of tables and displays filled with an astonishing array of collectibles.

Belfast, a coastal town that dates back to 1770, has historically been a commercial center. In the 19th century, its industry centered on shipbuilding and in the earlier part of the 20th century, Belfast was the site of large poultry processing plants. Following the demise of the poultry industry in Maine, Belfast fell on hard times but the decision by MBNA (a major credit card company) to locate its headquarters there has brought new life to the town. It has become a haven for artists whose work is shown in several downtown galleries. The main streets near the waterfront also boast a number of quality shops, Coyote Moon - 207-338-5659, and the Fertile Mind Bookshop - 207-338-2498, being two of our favorites as well as several restaurants.

We hope that our suggestions will add to your enjoyment of coastal Maine. If you have questions about any of these activities, or others not mentioned here, please ask. We want you to enjoy your stay as much as we enjoy having you here. Also, if you discover other places of special interest, please let us know. We are always eager to expand our horizons. 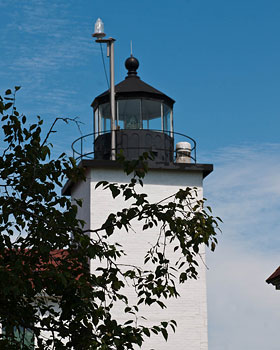 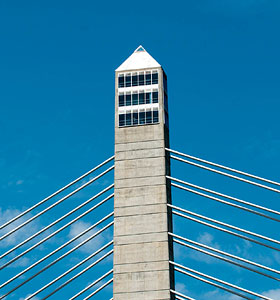 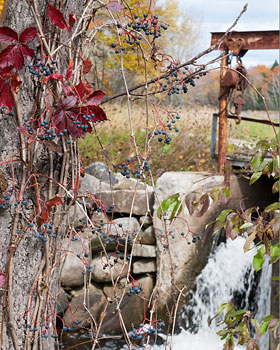